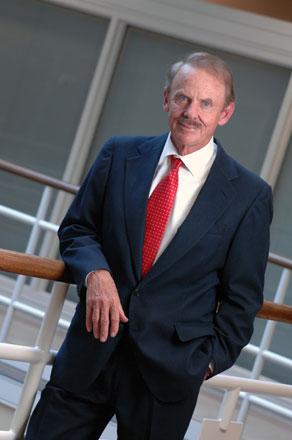 Dan Steininger is the author of two books on  innovation, a professional speaker, trusted advisor to companies or organizations needing to drive innovation.

Dan currently writes a column for the Biz Times entitled “Innovate or Die” that is a Press Club winner. He is also the President of Steininger & Associates. The firm focuses on teaching the tools of innovation to drive growth for companies in all sectors of the economy.

He is the President and founder of BizStarts. The organization facilitates the creation of new companies in Southeast Wisconsin.

He is the former CEO of a major financial institution that he grew to the 147th life company in the United States; and he launched a national equity mutual fund.

He also served as President of the Board of Harbor commissioners that oversees the Port of Milwaukee. In that capacity he also helped to shape Milwaukee’s lakefront.

He is a graduate of Boston University Law school and frequently describes himself as a" recovering lawyer" and a "recovering CEO".

He has served as Chairman of the Young Presidents Organization; and a Board Member of the Better Business Bureau.

He has published in scholarly journals; appeared on Wall Street week; and been written about in the New York Times.

He has been a successful speaker for a wide variety of organizations from Metropolitan Chambers, to Rotary clubs to major associations across the country.

Moving Mountains Every Day: Lessons for Business Leaders in Creativity and Innovation